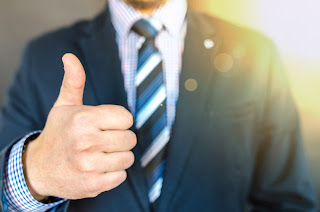 When I worked for JIST Publishing, one of the more popular books I updated every few years was Best Jobs for the 21st Century. I say that I updated it rather than wrote it, because the idea for the book was originated by Mike Farr and Laverne Ludden, and my task was to update it with the latest career information from the U.S. Department of Labor. I believe that what made the book popular was the lists of “best jobs.” Now that the book is no longer being updated, I thought it would be useful to recreate the book’s central list using the latest labor market information.

First, for those who have never read any of the books in the “Best Jobs” series, I should explain the rationale for the list. It is based on three facts about the occupations: the median annual earnings (half earn more, half earn less); the percentage growth projected for the period 2016–2026; and the average annual job openings (both growth and replacement) projected for the same time period.

These measures are useful in part simply because they are available in quantitative form. But they also are useful because one of the chief benefits that people expect to get from their work is income, and most people consider that more income is better. Many other satisfactions of work are harder to quantify than pay. As for the other two measures--job growth and job openings--the only way you will get any of the satisfactions of work is by being hired, so a good job outlook is a major consideration.

You may wonder, however, why I use two measures of job outlook: growth and openings. Consider two occupations, Financial Managers and Cartographers and Photogrammetrists. Both of these are projected to experience job growth of 19 percent, which is a very respectable rate. However, only 120 annual job openings are projected for Cartographers and Photogrammetrists because it is a tiny occupation, whereas 5,680 annual job openings are projected for Financial Managers. Or consider Cashiers, which is actually expected to shrink by 1 percent over the projection period, but it is such a large occupation that it is projected to create 65,390 job openings each year because of turnover.

Ideally, you’d want to aim for an occupation that not only is growing but also is creating lots of job openings and, best of all, additionally pays very well. That’s what this “best bets” list aims to show you.

To create the list, I rank-ordered the occupations by their median income according to the most recently available estimates (May 2016). Then I rank-ordered them two more times—by job growth and by job openings. I summed the three scores and then sorted the list so that the occupations with the best overall scores were highest.  Finally, I limited the list to the top 100 of the 733 occupations that I started with. (I had to eliminate some careers in the performing arts, such as Actors, because their earnings are so variable that no estimates of their average annual earnings are available.)

Understand that a difference of a few positions on the list does not mean that one occupation is a much better bet than another. The differences are often slight, and although the figures are the best available, they are national averages. Pay or job outlook in your region or community is likely to be somewhat better or worse. And don’t forget that a job is not a good bet for you, no matter what its potential is, if you lack the interest or ability to get through the preparation process. Many of the occupations near the top of the list require a bachelor’s degree or higher, and some require considerable experience in a related job.

Given these caveats, here are the “best bets” according to the latest data from the Department of Labor: 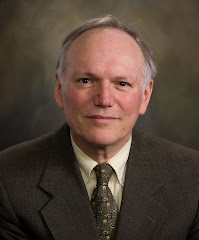